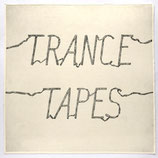 Limited and numbered edition of 23 copies ( of wich 20 are for sale) coming with an original etching of the cover by the almighty Andreas Eschment. link link

The first Trance tape! Following Dystopia in a similar dark cloth. The full 12 minutes of Purification, Belial I (12:35) and Belial II (18:24) plus the yet unheard drony floater Essence.

One of Petersen's masterpieces. Ambiente might show best how unique his sound really is.  Ambiente I and Wintergarden II made it to the Tapes compilation, but if check out Ambiente IV and Wintergarden I in the clips you'll understand why i'm so hyped about this one.

Ambient drops coming from another world.

Minimalistic but still that rich. Friends of BOC take notice!

The title does not mislead. Contemplation is extremely chilled. Synths and strings of guitar and sitar. A1 is included on the recent Trance 12" on growing bin records. The rest is just as good!

The sequencers must have been on FIRE!

Dreamy and pastoral electronica with a balearic touch.

Jürgen's guitar is more prominent on this one and that's a gift! 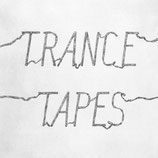 This should have been the first record on growing bin record :)

It all came different but it was worth the long wait. Here's a nice promo text by my friend Patrick Ryder:

If you’ve kept a keen ear to the underground, you may have noticed a trance revival creeping into the dance floors and darkrooms of late; a post ironic return to the 64 bar breakdowns and peak time key changes of your serotonin drenched youth. So what’s this then? Has Growing Bin gone from groundbreaker to copycat? Dig a little deeper folks, for the Trance is question is Jürgen Petersen, a forgotten cosmic kingpin in tune with true electronic excellence. When Danielle Baldelli wanted to show off his eclectic tastes, which record did he reach for? Petersen’s 1980 LP, ‘Here And Now’ of course. And when John Schaefer put together his essential exploration of New Sounds, who did he describe as Germany’s answer to Eno? Trance, damn right! After blessing the world with a trio of essential electronic LPs between 1979 and 1983, Petersen moved out of the limelight and lived off the grid, collecting his mind expanding music on a series of self-recorded, self-released cassettes, known only to the inner circle of elite European diggers. The sounds found within were unusual, experimental and ecstatic. Fusing the organic tones of piano, 12 string guitar and sitar with soothing sine waves and hypnotic synthesis, Petersen harnessed the healing frequencies out there in the cosmos and transfixed the listener with pure otherworldly beauty - ambient music for a new age… Unravelling these rare cassettes for music lovers everywhere, Growing Bin treats us to ‘Tapes’, a five track vision quest for the horizontal travellers and fourth world nomads. Sven can keep his cocoon, we’re off in search of the butterflies...