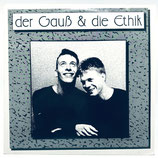 Odd Pop Bastards (speaking about the songs) from the Ruhrgebiet. 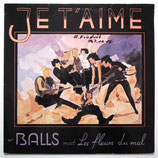 Don't listen to that cover of Gainsbourgh's Je T'Aime. Go straight to side 2 for WEIRD tropical pleasures. Cocktail Parties gone wrong and then some... 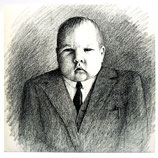 Tipsy organic Experiments including spoken word in schwyzerdütsch. Sure we're attracted to this unusual beauty because of Tini Hägler on Marimba and Djembe. Heininger played in Lost Peace, so the euro-oriented Jazz Funk heads her him play sax at least. 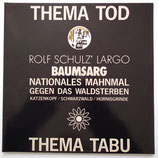 Format: LP
Label: Not On Label

This album is a memorial for the forest dieback. Sounds strange? Well, wait until you heard the record! Two almost 20 minute long tracks - drone style ... 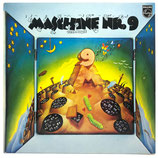 
Style: Acid on the console

A surreal and acid drecnched radio play by Deuter, Wolf Wondratschek and Bernd Brummbär with the help of Alan Ginsberg, Timothy Leary, Amon Düül's Henriette Kroetenschwanz and many more. Mutant Sounds sez: A wacky and drugged countercultural tape collage sprawl with intermittent bursts of acid rocking' antics in the spirit of Marks & Lebzelter, Gulliver's Travels and Woorden. This Krautrock curio and Nurse With Wound list rarity had a fair amount of notables operating in its ranks including Deuter, Daniel Fischelscher and Renate Knaup and they all periodically pop to the surface to do their respective trippy bits, though this is also an album whose biggest beneficiaries are gonna be those that Sprechen Sie Deutsche, as a goodly bit of this is pretty narrative-intensive, though it's all higher key hippy freak out brainfood regardless. 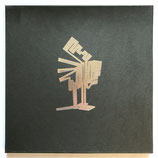 BogArt - Sounds Of A Sculpture

Music played on a metal sculpture. Part I on side A takes you on a flight through the dark on a drone whilst the rhythmic part II will nail you to the ground. 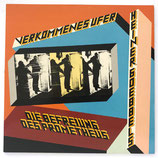 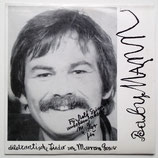 Format: LP
Label: Not On Label

Signed by the artist with a dedication to Rolf, unbekannterweise. 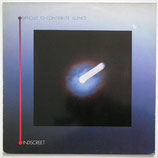 Bits of fusion are injected in the electronic & spoken word lab. 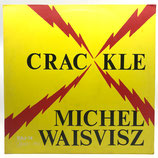 If far out should be your direction - Michel still has a seat to take you along. Drony not drony improvisations at the highest possible level. 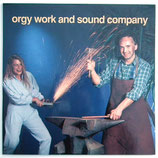 Oddest DIY fun by this 8 piece collective from a tiny town near Bayreuth. Post-Prog, eerie Blues-Rock and a distressed version of Sunny. Not your average private press... 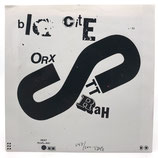 "The first side kicks off with an almost Pythonesque lecture on noise enhanced by a Folksy song. The absurdity of the dialogue & the accompanying sounds bring to mind RUNZELSTIRN & GURGELSTØCK's first vinyl album. I'm sure some of the dialogue is 'found' but much of it sounds just too weird. This is tape cut-up at it's very best. The second side is a collection of playground rhymes, harkening towards LEMON KITTENS, THE RESIDENTS & NURSE WITH WOUND in style, utilizing children's voices and instruments found in clasrooms to create a sound simultaneously naive, innocent & chilling. The old crackly recordings of piano & voice on the second track sound like music boxes all playing harmoniously contra to one another. The next piece uses found sound & loops, scratching sounds of mechanical toys winding down, fragments of piano to form a peaceful cacophony. The last track sounds like a nightmare equence from some 'B' movie. Innocent voices take a swipe at Barney The Dinosaur. I've known about this group for a long while now, but this is the first chance I have had to actually hear them. And everything they tell you is true - these guys take cutting and pasting audiotape to a whole new level. The humour is richly absurd, and the overall effect is both pleasing and curiously relaxing." bonnicon's discogs review 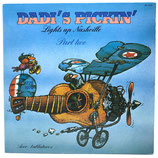 Odd country tales by french tunisian finger pickin god Dadi. I know it sounds awkward but there are two incredible country fusion beauties on this album. Be brave, give them a chance and ... 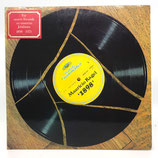 All that cheap shit is cageing you. For real...

You need to listen to something different for a change.